Funding: This is a partially funded USA Track & Field (USATF) team. We will know the amount of support in December 2018 following the USATF Annual Meeting where budgets are approved. National team uniforms will be provided by USATF. (If an athlete qualifies for the team but can’t make the trip due to injury or any other circumstance, the uniform must be returned to USATF). There is some funding for lodging from the local organizing committee (LOC) – exact amount TBD.

The 2019 U.S. Trail Team – 6 men and 6 women – will be selected by the USATF MUT Executive Committee based on the criteria listed below.

A Standard (2018 TWC Results): The top US female and male finisher at the 2018 Trail World Championship receives an automatic spot on the 2019 team. If the top automatically selected athletes do not accept their spots on the team, the second US finisher will receive a spot on the team provided they are within 10% of the overall race winner.

B Standard (Selection Races): Top female and male finishers from each of the three selection races below earns a spot on the team:

C Standard (Resumes): Team selection based on running resumes. Positions on the team unfilled by auto qualification listed above in the B standard, will be filled based on an evaluation of running resumes submitted by athletes. Preferential consideration will be given to athletes with results in team selection races. If it becomes difficult to evaluate athlete resumes based on head to head racing the selection committee may also consult athlete rankings from Ultrarunning Magazine, UltraSignUp or ITRA. 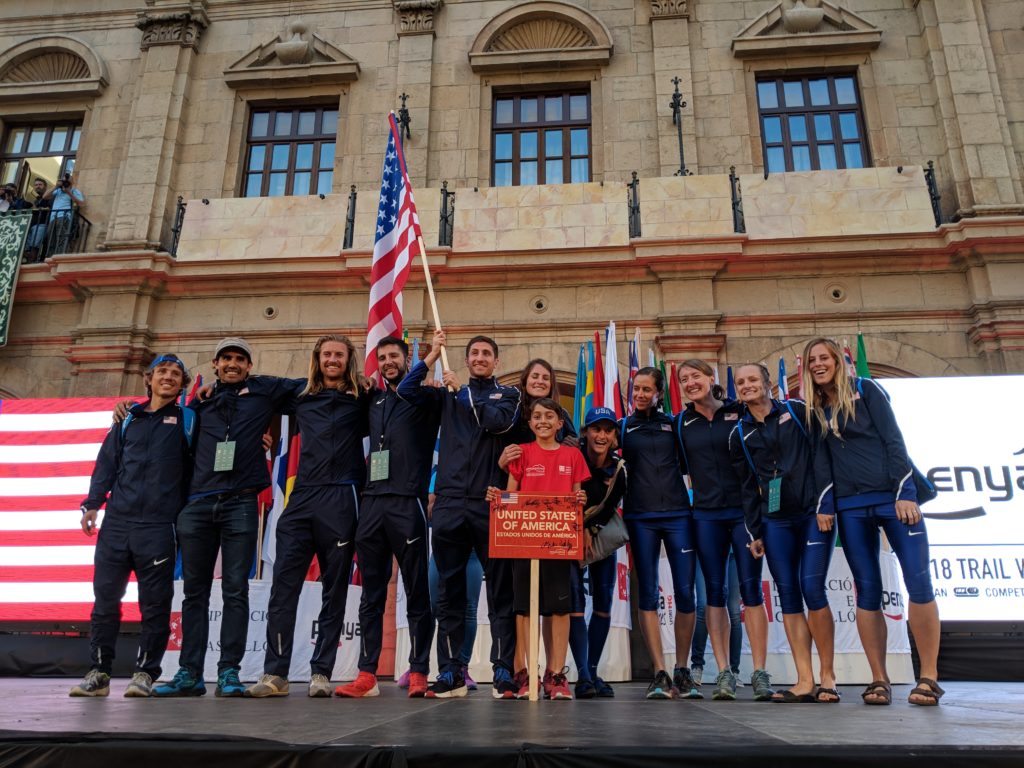 The 2017 event was held on June 10 in Badia Prataglia, Italy in conjunction with the Trail Sacred Forests event.

The first Trail World Championships were held in Annecy, France, at the Maxi-Race on May 30, 2015. The US men won a team silver medal and the US women were seventh in team competition.